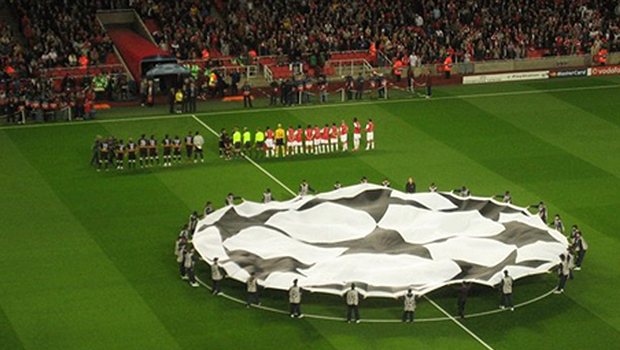 We’ve had the qualifiers and the early rounds of the group stages of the 2014/15 Champions League and the favourites to lift one of the most famous and iconic trophies in club football are starting to sort themselves out. The bookmakers have cleared defined who they believe will be challenging to become the 2014/15 Champions League winner and I’m taking a look at the top sides in this year’s competition and their chances in the competition.

One of the biggest names in Spanish football, Real Madrid approach this season’s Champions League competition as the reigning champions and having bolstered their already bulging attacking line up. In has come James Rodriguez, the star of the World Cup, to add to Cristiano Ronaldo, Gareth Bale and Karim Benzema as well as a wealth of talent throughout the midfield, defence and in goal. They have the vastly experienced Carlo Ancelotti in charge of the team too and with them only stronger this season after winning the tournament last season they are deserving of being the favourites to become the first side to retain the Champions League title.

The German champions suffered an early season setback in their homeland as they were beaten by Borussia Dortmund in the Super Cup but they have bounced back well to sit top of the Bundesliga after five games and defeat Manchester City in their opening match of this competition. They have a side comprised of many of the World Cup winning side from last summer and manager Pep Guardiola has already lifted this trophy twice as Barcelona manager so they are not short on quality on and off the field. With the final being played in Berlin in 2015 there is plenty of motivation for the Germans to progress, but can they overcome the Spaniards to triumph?

Guardiola’s former club will be looking to bounce back this season after a poor time of things last year that saw them fail to claim any silverware as Real Madrid claimed Champions League and Copa del Rey glory while Atlético Madrid won the Spanish league. They have started this season in superb form with no goals conceded in their opening six matches in the league and Champions League, and with them having Lionel Messi and Brazilian World Cup favourite Neymar leading the line and Luis Suarez due back they could very well upset the odds if they continue with this fine defensive record.

On top of this trio of teams there are a host of other sides from around Europe capable of winning this competition with Chelsea, Man City, PSG, Borussia Dortmund and beaten finalist Atlético Madrid all in with a chance. However, with the attacking force of Real Madrid, coupled with a massive defensive improvement recently, it would not surprise me to see them become the first team to retain the Champions League title.