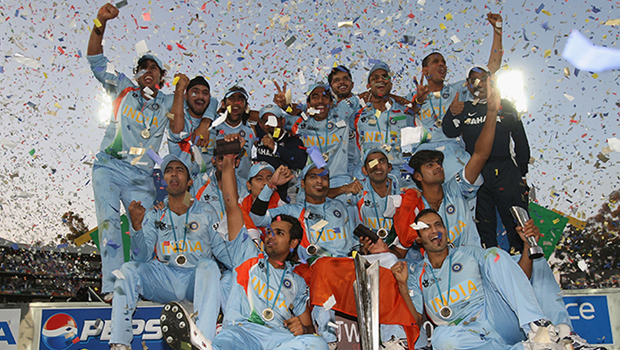 2014 – or when the perpetual runners up actually won

Powered by a solid half-century from the retiring Kumar Sangakkara, which overshadowed Payer of the Series Virat Kohli’s 77, the Lasith Malinga-led side defeated India by six wickets at Mirpur in Bangladesh. The win not only soothed the sting of regularly losing in finals, but was also the perfect T20 international farewell for Sangakkara and Mahela Jayawardene.

This was also the first World T20 to have 16 members, with associate nations competing in qualifiers. The participation of these teams received further impetus when Hong Kong and Nepal beat Bangladesh and Afghanistan in the preliminary round and Netherlands upset England in the main round. However, the format has been reverted to to 12 teams for 2016, with the top eight teams getting direct entry.

Imran Tahir and Netherlands’ Ahsan Malik were the highest wicket-takers with 12 wickets while Virat Kohli was the highest run-getter and by far the best performer with 319 runs in 6 games. (For perspective, the second highest was Dutch Tom Cooper with 231 runs in seven games.)

This will be the third consecutive World T20 to be held in the sub-continent where India will host the tournament after Sri Lanka and Bangladesh. While it remains to be seen what this ICC World T20 will throw up, the colourful history of the championship in the shortest format of the game proves that it won’t fail to entertain, despite the myriad problems in the build-up to the tournament.

Only one way to find out who the winner of this year will be – stick to the tv screens and to Jackpot Bet online site and facebook page for all the information.