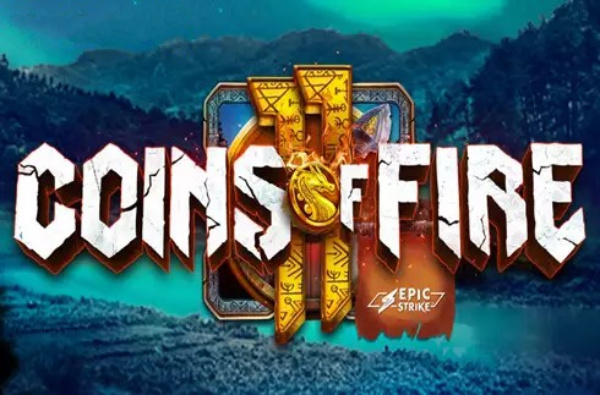 Microgaming and All41 Studios are working together on another exciting new slot game called 11 Coins of Fire. Inside, we’re seeing a Viking-themed design, which isn’t exactly uncommon these days, but it’s still something to look at while you explore everything else the game has to offer. Don’t expect a unique collection of features or gameplay; these are all too typical, but they do have a lot of power.

11 Coins of Fire will drop 5×3 reels with 25 paylines in front of the player. Regular combos are capable of paying at most 1,250x the stake at the end of a paid spin using its Epic Strike Jackpot, while regular combinations appear capable of paying up to 10,000x the bet using its Epic Strike Jackpot. The high volatility, as well as the RTP range that is used, are two factors to keep an eye on (maxes out at 96.40 percent , but lower settings are also possible). There are a few bonuses there, like scatters that trigger free spins with extra wilds, the Epic Strike Jackpot, and a Treasure Pick.

Because it’s a very volatile slot machine, 11 Coins of Fire has the proper kind of top payoff, but only if you can claim the Epic Strike jackpot. Because it’s fixed, you can only win 10,000 times your bet. On the ordinary side of the game, we can win up to 50 times our stake per line, or 1,250 times per spin (you can do better during its free spins).

The RTP numbers, like every other Microgaming slot we’ve seen recently, are divided into a range. The one with the highest RTP of 96.40 percent is the one to use.

Features of the 11 Coins of Fire slot machine

Wilds can appear on all reels, so if they’re part of an active line and there are enough matching symbols on the other side, they can really help out. There’s also the potential of simply using wilds to build combos, but they are quite uncommon. Even yet, a win of up to 50 times the stake is attainable on any line that is completely covered by wilds.

Epic Strike is a basic feature in which you are paid dependent on the quantity of Gold Coins that appear anywhere on the reels. The prize meter is located on the left side of the screen, and it indicates how much you can earn at each level. From 3 to 11 Gold Coins, the stake will be multiplied by 1 to 10,000 times.

Another element that could bring you those jackpots is Treasure Pick, which is likewise linked to the presence of Gold Coins. It is, however, random, so just because you have Gold Coins doesn’t mean you’ll get access to the function. Inside, you make your selections and gather the Gold Coins you uncover. In the end, the quantity of coins found determines how far up the prize ladder you advance. When you locate a Silver Coin, the feature will expire.

Free spins are a more prevalent feature in slots, and they are triggered when bonus symbols appear on reels 2-4. Then you’ll get ten free games. Up to 100 wilds will be randomly put on the reels, increasing the chances of forming winning combos of all types, including the highest paying ones.

This is a slot machine with a Nordic theme, and some of the icons are artifacts associated with Viking warriors. The game’s surrounding border is decorated with numerous runes. Although the design isn’t particularly vibrant, the deeper tone works nicely with the Viking motif.

The first four symbols, with the lowest value, will show representations of the card suits in a rune-inspired pattern. We also see horned helmets, flags, spearheads, and golden dragon coins as better symbols. The Free Spins Shield and the Wild logo are both easily identifiable feature icons.

11 Coins of Fire offers an intriguing blend of attributes, particularly given their considerable strength. Although it isn’t the type of slot machine to offer unusual gameplay, the 10,000x jackpot may be enough to entice some players.